So we have been eating, I mean making our way North; we’ve traveled through Georgia and South Carolina and now we’re hunkered down waiting out strong winds and rain in Southport, North Carolina.

Our last stay in Georgia was Savannah which is definitely one of my favorite cities on this trip.  We’d planned on two nights, but the winds were stronger than we’re comfortable with on our scheduled travel day so we decided to stay an extra day. It was warmer and sunnier than when we visited in the fall and Kris on our buddy boat, Eagle One, is a great tour guide and planned a fun day for us. We went on a trolley tour and learned a lot about the history and culture of the city and ate lunch and ice cream at Leopold’s, reportedly the 5th best ice cream store in the world! Or maybe the country, I can’t remember – but it was great.  Dinner was at The Olde Pink House, an 18th century mansion that had a line around the building because it was their first night open after a fire.  We took a table in the “cellar” so we could get in and the service and the food were fabulous.  For a place that had just reopened after a devastating fire, it seemed strange that the only lighting in the cellar were tapered candles burning on each wooden table! 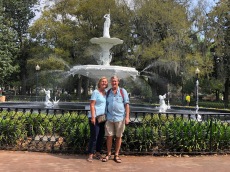 After leaving Georgia we traveled to Beaufort, SC – it’s pronounced like “beau-tiful vs. Beaufort, NC where we’ll be soon, that’s pronounced Bo-fert.  Danny keeps mixing them up and confusing me!  Not difficult to do these days, since I really have to think about where we are and where we’re going constantly.  The highlight of our stop in Beaufort this time was our tour of the kazoo factory.  That is not a typo, we literally visited a kazoo factory.  It was a hoot (pun intended).  We also walked around a short nature trail and saw beautiful birds and a couple of alligators! 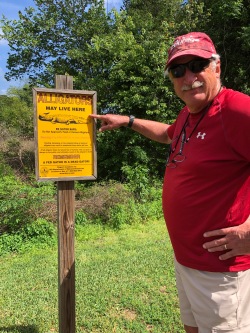 Next stop – Charleston.  We stayed at Charleston City Marina, home of the famous Megadock.  It literally took us ten minutes to walk from our boat to the shore.  We did lots of walking and Kris planned a horse and carriage tour as well as a food tour called Savor The Flavors – we did.  I love all of the old homes and cobblestone streets, it’s a charming city that I hope to visit again and again. 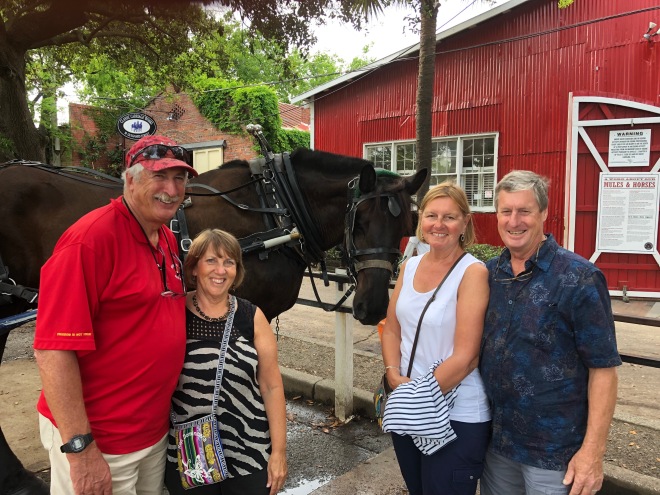 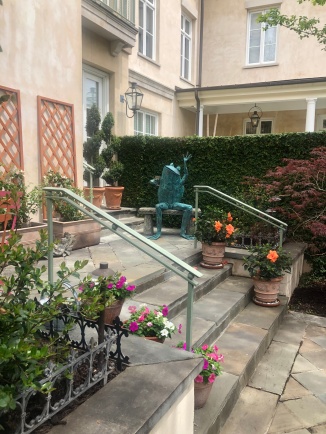 Let me pause to talk about low country cuisine – there’s a phrase that I’ve gotten to know all too well on this leg of the trip.  We’re talking barbecue, shrimp and grits, Mac n’ cheese, cornbread, biscuits and hush puppies!!!  A waiter put this basket on our table when we went to lunch yesterday and I said “Dear Lord, what are those”.  They were hush puppies.  Then he said “OK, my next question is, where in the North do you come from”?  These southerners take comfort food to a whole new level.  I am seriously afraid to stand on the scale!!! 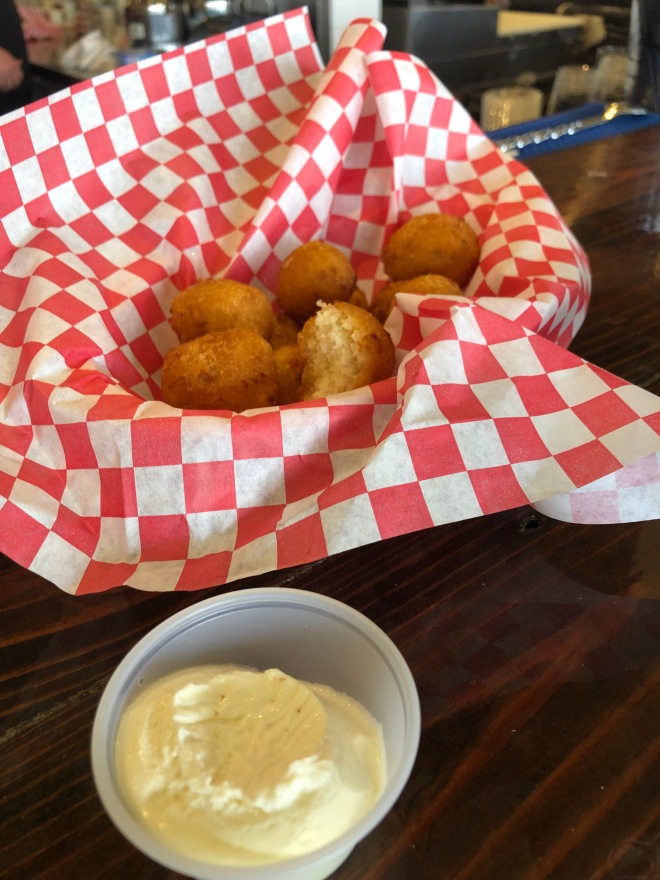 We spent hours before leaving Charleston trying to figure out the best time to do so.  Traveling north on the ICW on this leg of the journey requires passing through McLellanville, SC a notoriously shallow part of the waterway.  We were lucky in Georgia to be able to navigate through Hell Gate and Jekyll Creek, other shallow areas, during high tide.  This time the timing of the tides didn’t work, so after MUCH discussion with each other, Rick and Kris and lots of other boaters on the dock, we decided on a 6:30 am launch which brought us through there almost 3 hours before low tide.  This was a nail-biting day, I’m not gonna lie.  We didn’t bump bottom like we did here when we traveled south, but we saw some really “skinny” water.  I’m glad that’s behind us and even happier we don’t have to talk about it anymore.  That brought us to a one night stop in Georgetown, SC and then one more night in Myrtle Beach before moving on here to Southport.

We will travel to Surf City, NC on Easter Sunday, which is also my birthday!  We need to figure out our stops from there to Norfolk, Virginia where we will end our ICW journey and begin the next leg of our Great Loop.

We’re doing well.  I miss home and love connecting with my family and friends frequently.  Remember that we’re happy to have visitors travel and stay with us – and thanks again for following along with us! 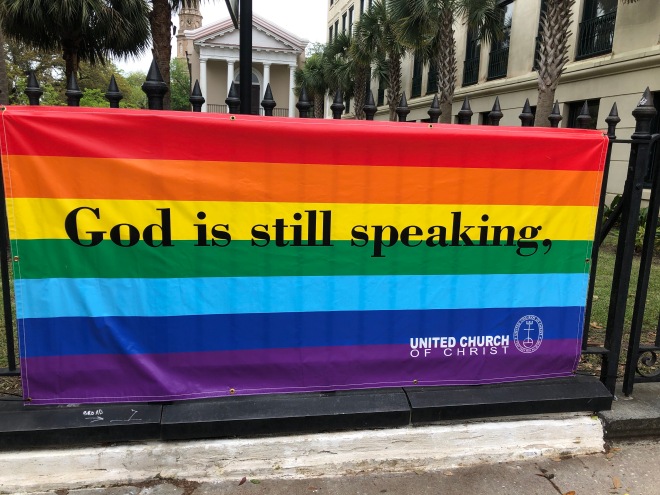 4 thoughts on “Windy with a chance of Hush Puppies”