I heard someone in Florida say that the further north you go, the more southern the country becomes.  Having been in Georgia again for five days now, I understand what this means and I’m loving it – y’all. 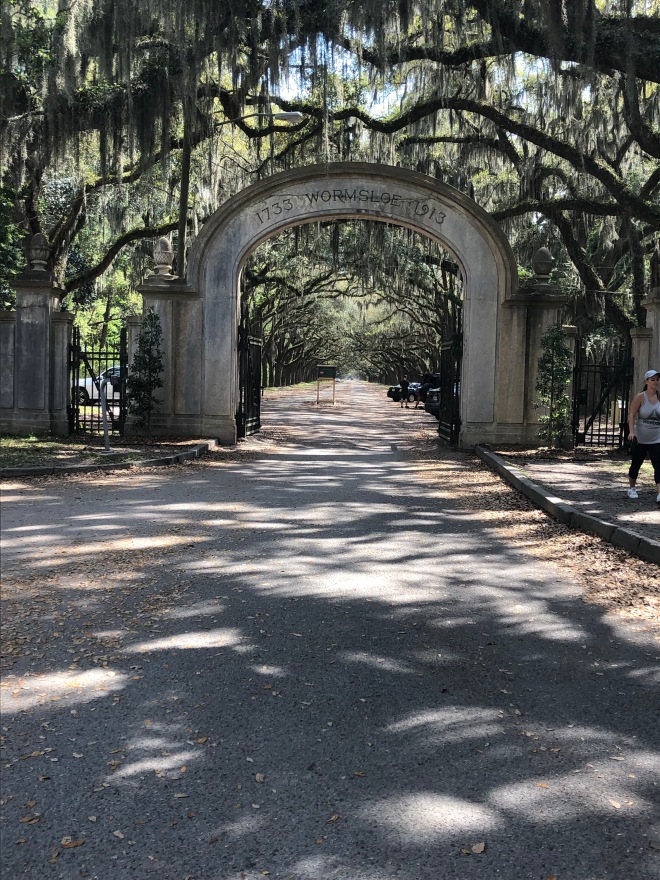 We cruised over the Florida/Georgia line on April 4th on a calm, sunny, warm morning. We are now traveling North on the ICW, the same waters we traveled back in November and December.   As we were approaching St. Mary’s Georgia we got a call on the radio from an official sounding person, asking us to stop until a Navy vessel passed. We are traveling with a “buddy boat”, a couple we met in St. Augustine and they’re both retired Navy.  The captain of our buddy boat was a navigator on a navy bomber and told us that it was probably a submarine going out to sea.  He said that the guys in jets called the subs “bubbleheads”; sure enough a few minutes later we watched the bubbleheads go by accompanied by a navy ship.  It was really cool to see, and we were lucky to have the narrative from our friend giving us some more detail. 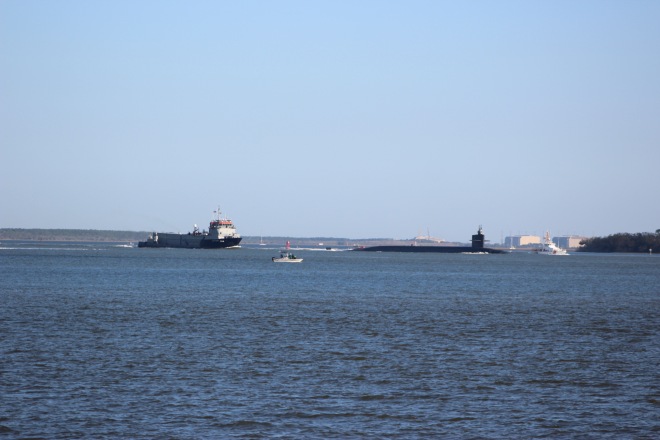 So this time on these waters it’s all a little more familiar and I’m a little less nervous!  We’ve learned to be more mindful of whether a tide is outgoing or incoming as we navigate the many shallow “trouble spots” on the ICW. We went through one in St. John’s River, another in Jekyll Creek, and yesterday’s was Hell Gate; all of those felt really challenging in the fall, but this time we were able to pass on a rising tide and it was a much better experience!

We are feeling like “Loopers” now, for sure!  We fly our AGLCA (America’s Great Loop Cruising Association) burgee on the bow of the boat and it turns out this is a magnet for other Loopers!  In St. Augustine we were invited to docktails every night for the week we were there, and left the marina with new friends that we’re traveling with and/or seeing at other marinas. This new routine is so much fun and goes kinda like this:

We spent two nights in a place called Jekyll Island, Georgia, it was absolutely beautiful.  The island is only about 35% developed and will never be more so; the streets are lined with live oaks and Spanish moss and birds were singing everywhere.  To me it felt like a perfect early summer day from my childhood, I was so happy. We rode around the island on our bikes and visited a cool beach called Driftwood Beach.  It’s named that because the ocean has literally taken over the shore over many years and the result of the driftwood on the beach is both eerie and beautiful; so different than the beaches at home.  We loved it there and I really want to return someday.

The next day we traveled to Kilkenny Creek, a remote marsh area where we stayed for a night in the fall as well.  There were several other loop boats on the same course, though only two of us pulled into Kilkenny Marina where we stayed and had a great meal.  The shrimp is amazing here and we often see huge shrimp boats getting the days catch.  I’m starting to feel like Bubba Gump! 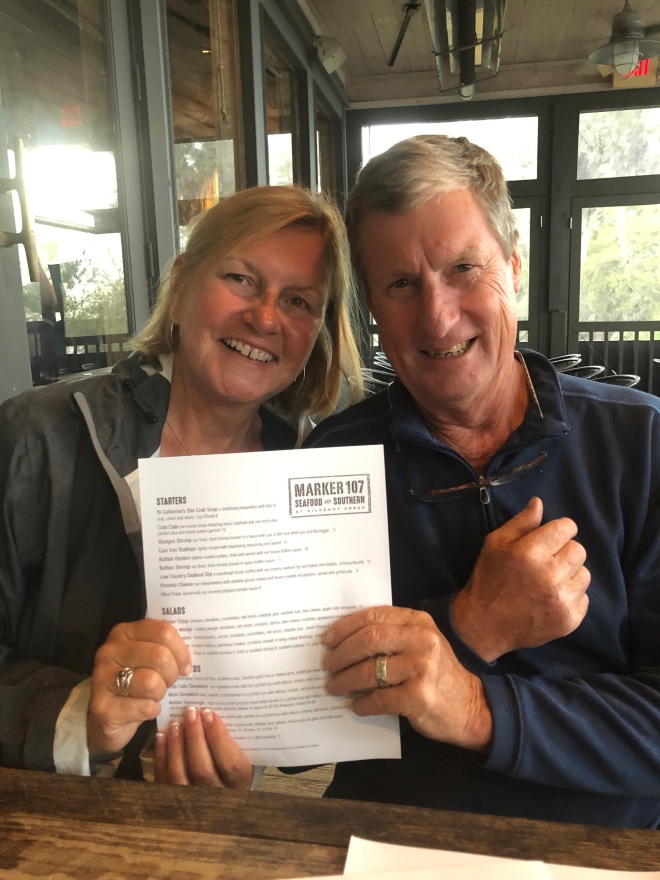 Today we are in Savannah and we plan on touring the downtown area with our buddy boat crew; we’ll spend the day and have reservations for dinner at a place called The Pink House.  We were here in Savannah in late November on the way south for just one night – it was so cold out that there was ice on the dock so we didn’t explore much, this time is different.  Before we leave we need to figure out which marinas we’ll stay in for our next stops in South Carolina – Beaufort and Charleston.

So, although we’ve been traveling for six months, it feels like we’re just getting started.  Danny is loving every minute of the trip.  I’m having fun and getting more comfortable every day, but I don’t like to think about how long it is until we’re home for good.  I’m trying to take it just one day at a time.  Captain Dan continues to try to toughen me up and has picked up the Navy Seal motto “The only easy day was yesterday!”

Remember that if you’re reading this you are welcome to join us for a cruise!  Thanks for traveling along with us!

One thought on “Georgia On My Mind”